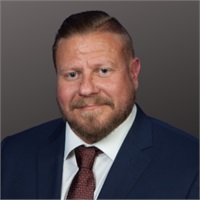 I was born in Houma, LA to an oilfield family.  From an early age we moved around quite a bit I have lived in Venezuela and England as a young man.  we moved back to Houma Louisiana in the mid 80's where me and my 3 older brothers all went to high school.  After High school I joined the Army for 4 years where I served as an Infantry Non Commissioned Officer. Though I loved the military I wasn't sure it would be the Ideal place for me to raise a family and I have always dreamed of a large family.  I now have 5 kids 4 girls and 1 boy and a loving wife who are the absolute Joy of My life.   After Leaving the army I went to College at USL in lafayette for a few years.  Then I was offered a job for a large air conditioning company in Las Vegas where I started from the bottom and worked my way up the organization from Helper, to foreman, to superintendent, to Manager, To regional manager.  After years of opening new divisions for this Company across the united states and now living in Southern California I decided I wanted to be closer to my family in Louisiana.  So I left that company moved home and started an air conditioning company in Louisiana.  Had that company for 5 years and sold it to a larger company.  Then I opened Nutrishop a chain of nutrition stores which I owned for 8 years and sold that company.  Around that time I had a drastic change in my life my father was killed in a car accident which made insurance a big area that I soon realized I didn't know nearly enough about.  So the only way I new to learn was to sign up to a course and take the test.  Which launched me into this career as a financial professional.  I spent my first 3 Years in the business working for the Knights of Columbus a Catholic Fraternal organization  that offers benefits such as insurance, and retirement planning to their members.  In my time there I would like to say my 13 years of entrepreneurial spirit and self motivated attitude allowed me to earn my FIC which is a Fraternal Insurance Counselor title and Also earning MDRT was another great accomplishment.    Million Dollar Round Table is an organization that only the top 1% of Financial Professionals reach yearly.  Above all this though my biggest accomplishment in life is the 5 absolute amazing humans I've helped mold and raise.